Success on any project requires each individual to take responsibility. As with any team, individuals need to be in the role they are qualified to play.

Well defined Roles and Responsibilities for clarity and security.

I am a great believer in the use of well defined roles and responsibilities, as this helps to cover all the activities that need to be carried out for a project to be successful.
Clear and well-formed role descriptions have a couple of useful functions
1: They help people to understand exactly what is expected of them in a particular role and gives them a clear sense of purpose.
2: They supply a framework for accomplishing tasks, as individuals know what is expected of them and which roles (people) will do the work they are dependent on.
3: Increases flexability in a team or organisation as one person can fill more than one roll, or one role can have more than one person allocated, depending on the complexity and size of each individual project.

On smaller projects one person will take on more than one role. You scale the number of people in relation to the project. The roles and their corresponding definitions remain constant most of the time.

What happens when you do not have well-defined roles and responsibilities?

Any time there’s a lack of clarity, people waste energy dealing with things that don’t matter. They argue over things that are not important, fail to focus on jobs that are important, and miss out on opportunities.
1: Duplication of work
2: Some of the work is missed as no one is accountable
3: Increased conflict and reduced accountability
4: Erosion of trust
5: Delays in delivery.
6: Project failure

Make your life easy, allocate each person to the right role.

Define roles and responsibilities, and allocate the right people to each role then their energy becomes accessible for doing the work that needs to be done. 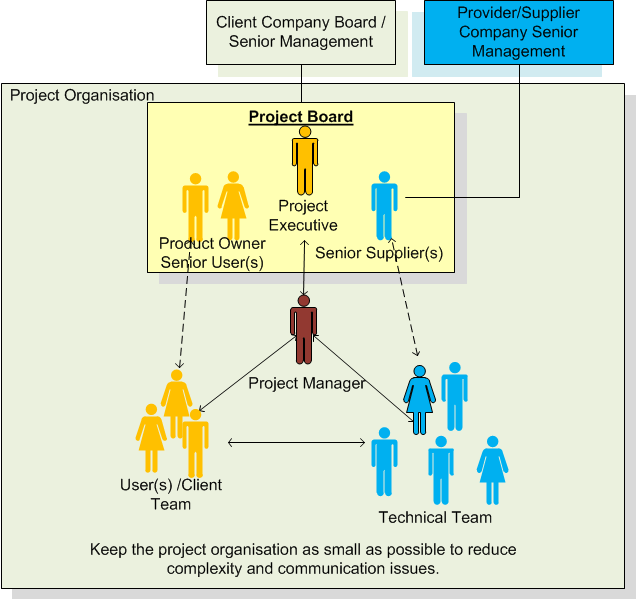 Example of a Scrum organisation 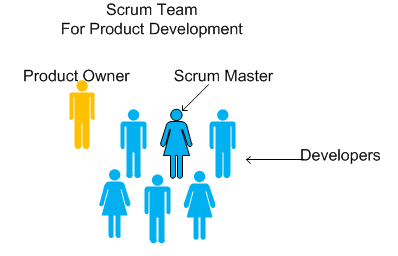 Represents the interests of the supplier organisation and makes sure that the supplier makes the right resources available to the project.

The project board comprises of the project executive, product owner/senior user and the senior supplier, as a group and individually they must have the following attributes.

The project board must be actively involved in the project and give direction; this is structured in the core process of directing a project

It is not uncommon for projects to be run without the involvement of the end users, this is especially true in the software industry. Experience has shown that there is a distinct advantage to have end users involved in the development of new products that they will then work with in the business environment.

Additional sources on roles and responsibilities